- October 01, 2021
If you’ve seen my Instagram you would know I’ve taken up a bunch of classes all over the city (well not literally).  The reason for me finally making exercise a habit rather than a chore is Singapore.  People here love to workout and at any given time I find people running or cycling by the river (even at 4 am). This in my opinion stems from various reason. One, the weather, it’s  summer all year round which makes you want to go out and enjoying the sunshine. But also there is rain, which brings cooler days which makes working out in the outdoors easier. The other reason I think is the compulsory national service for men. After they finish the two year service, they have to go back for a few weeks every year.  Moving from outside to indoor actives, there are traditional gyms, yoga and fitness studious, trampoline parks, martial arts practices, dance classes and so many options to choose from. Even with the pandemic and the constant lockdowns, new workout places keep popping up every fe
Post a Comment
Go on to the next page to discover more

As an Indian I can say this, Indians are very judgey of other Indians. In my short time in Singapore I’ve learnt that here they judge each other by their addresses. We recently met someone who  stays in Sentosa and it did not take them too long to take a shot at Indians who stay in the East Coast (which I’ve been told is pretty much Indian dominated). Now I happen to know a few Indians who stay in the East coast they say they won’t be caught dead in Little India. Luckily for us we don’t stay in any of the above mentioned places, nor do we care about peoples postal code.  But before you are too quick to judge Indians, let me tell you, as Indian we get stereotyped by others as well, so clearly the world isn’t perfect. When I mentioned I’m going grocery shopping to a non Indian person I recently met her first responses was oh Little India, Mustafa? And my response was no, cold storage, its a three minute walk from home. Coming back to our topic for the day, is a trip to Mustafa stereotypi
Post a Comment
Go on to the next page to discover more

Komal’s Korner is now in Singapore!

Hello my awesome readers!  I know I have been MIA for a while and from the tittle you might have guessed why. We moved to Singapore about almost five months ago and it been busy. From settling into a new country and setting everything up and finding a new groomer and vet for Brie to decorating the new house and figuring out where to find the best cheese for my platter and chocolate for my baking needs (I promise more posts about those later).  With brie at the Botanical Garden So we moved out of Hong Kong on a bitter sweet note. All the racist attacks and the general tensed atmosphere made HK very unsafe and unwelcoming for us and we knew it was time to bid farewell. HK the first home Anand and I set up together and we will always cherish that, but there are some memories I rather forget. HK was not what it used to be, people started becoming meaner, add Covid and the longest quarantine restrictions (21 days in a hotel) in the world and you have a recipe for disaster.  Anyhoo I’m glad
Post a Comment
Location: Singapore
Go on to the next page to discover more 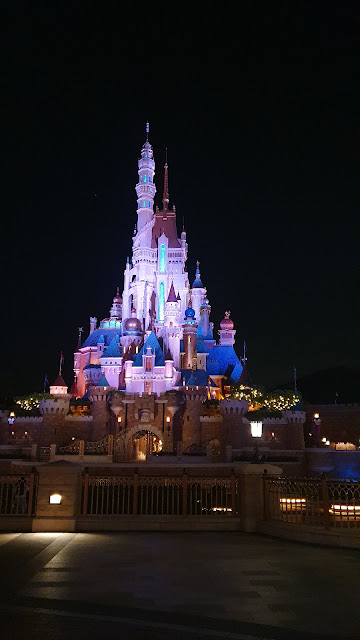 To say I love Disneyland is an understatement. I'm all against cooperate greed, but everyone is allowed to have a happy place. And the magical kingdom can sometime really distract me from the stress of daily life. Covid has made it harder for us to travel and see our families. So the socially distanced setup of Disneyland does provide some refuge from the cabin fever. I've been visiting Hong Kong Disneyland since 2017 and just realised I i've never written about it. But now that the new princess castle is ready after almost three years, it's only fair I share some thoughts and pictures. I was going to see the castle in November 2020, but they shut down Disneyland just before my scehduled visit due to the fourth wave of covid-19 in Hong Kong. This has been a long and serious wave and I'm just happy we are over it and hope we have no more.  New castle The castle pays tribute to 13 stories, where our princess and queens have over come hardship in the face of adversit
Post a Comment
Go on to the next page to discover more

Sometime in December the news surfaced that a century old reservoir had been discovered during the demolition work at Bishop hill. Before you know it, photographers and Instagramers made their way there, flooding my feed with vintage looking photos.  So obviously I had to go see it myself. I waited a bit, hoping it would be less crowded after a months so better social distancing could be practiced. The Fenced off Reservoir I made a plan and dragged Anand to another random adventure. We we got there we realised that I was a few weeks late. For safety reason the site had been fenced off to the general public.  But our trip to bishop hill wasn't a waste. we did explore a new area and came across a lot of love for table tennis. On every nook and corner of the hill there were tables set up for the sport, some areas had single tables, but where space permitted two or more were set up. We must have come across atleast 50 on the route we took. As we walked passed it we saw people actively
Post a Comment
Go on to the next page to discover more 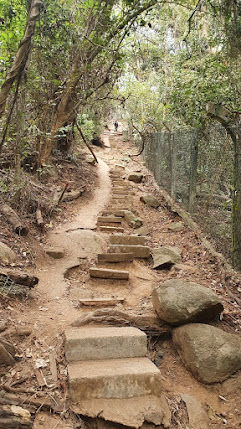 The hike starts from Stanley barracks. With a steep 1km incline ( with broken steps). This leads you to the first point, here hoards of people are generally gathered taking pictures, which will make you think it's the Rhino rock, but it's not. We Must have stopped at atleast five different rock formations seeing the crowds queuing up for pictures, thinking its Rhino rock, but turned out it wasn't. And so onwards we went. As our hike continued, it got pretty cold, because we happened to go on a super windy day, which made it feel colder than it was. The only refuge form the wind were the narrow pathways between the tall plants craved out by the thousands of explorers before us. With peoples caps flying, my hair fraying and we thought of turning back, for the Rhino rock seemed to be hidden beyond our reach while we kept going around in circles.   It was just then we met someone coming back form that mysterious spot, his advice "follow the orange ribbon."  And thank
Post a Comment
Location: Che Pau Teng - Rhino Rock Hiking Trail, Wong Ma Kok Rd, Stanley, Hong Kong
Go on to the next page to discover more

Located between the alleyways of Sai Ying Pun, One Art lane is not just an Instagramers must visit spot, but also a place to see artistic expression come to life.  These larger than life Graffitis can sometimes be easily missed while you walk engrossed in your phone. But more often than not, you will spot dozens of people posing in every corner.  What I love about the #Artlane is how the paintings are so diffrent and yet they blend together so well. From autumn leaves to boats floating on a stream painted in water colour effect to the realistic balconies painted below simple windows. From abstract forest on a yellow background to scenes form a distant galaxy, this place is definitely worth a visit. Address- ArtLane: 8 Chung Ching Street District: Sai Ying Pun & Sheung Wan Xoxo - Komal
Post a Comment
Location: Hong Kong, Sai Ying Pun, Chung Ching St, 奇靈里石棧里
Go on to the next page to discover more
More posts