CREO a new designed in the UAE brand launches in Dubai 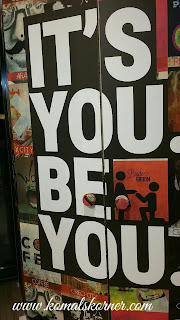 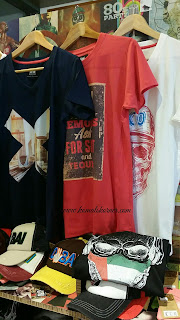 CREO’s aim is to revolutionize the world of online fashion. Using the latest technologies, product and printing innovations, CREO manufactures its customers’ ideas into customized designs. By providing a canvas of high quality apparel and merchandise, customers can design, wear and carry their favorite pieces; words, ideas, music and so on, and turn them into wearable, useable art. Based in Dubai, the brand was created by a diverse group of young minds that shared the passion of building a Create-It-Yourself portal.

With quirky designs, the brand speaks to people who have a 'now' state of mind; what is trending now, living in the now, making a statement now. CREO feeds on creativity and breeds originality, centering around the idea that its customers will know and show who they are - with what they think, with what they say and what they wear.
fashion

Are you a fan of clean air?

I love technology and I am always intrigued with whats new on the market, so between all the wedding stuff I made time to attend a product lunch last week. The only reason I am choosing to write about it is because I saw the demo myself. A fog of misty air disappeared in a few seconds. This products looks sleek and also doubles up as a fan.  What product is this?   It's Dyson l air purifier fan which claims to removes 99.95% of potentially harmful ultrafine particles, as small as0.1 microns, from household air. But just how small is 0.1 microns you ask?  To put it in context, a dust mite is around 100-300 microns, beach sand is over 100 microns, and particulate matter of size 0.1 microns (PM0.1) are roughly 100 times smaller than a human hair. So if these microns are tiny, how can they be harmful right? Well some research says that these tiny particles are suspended in the atmosphere, and when we breathe them in they can cluster on the lining of our lungs. So what
Go on to the next page to discover more