A Cheese Glossary to Bookmark! 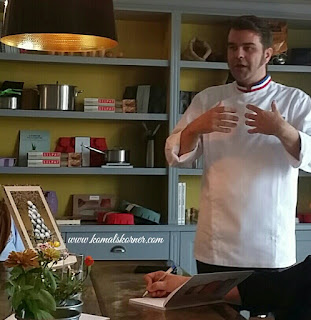 I was invited for a fun cheese workshop focused on European cheeses in general and French in particular one afternoon. I learnt about the fragrance and texture that goes along with the taste of a cheese to help combine it with various ingredients. Our teacher for the day was Cheesemonger (yes that is a profession) François Robin, who won this title at prestigious Meilleurs Ouvriers de France competition, a process that takes years and culminates in a lifetime designation of Un des Meilleurs Ouvriers de France (Best French Craftsman).

I could translate the flavour of cheese into words but when it comes to pairing you really have to go with your taste buds. We used simple and easily available ingredients like dates, sesame, apricots, zaattar, almonds and pistachios and came up with some interesting treats. Look at the picture below to see my creations. 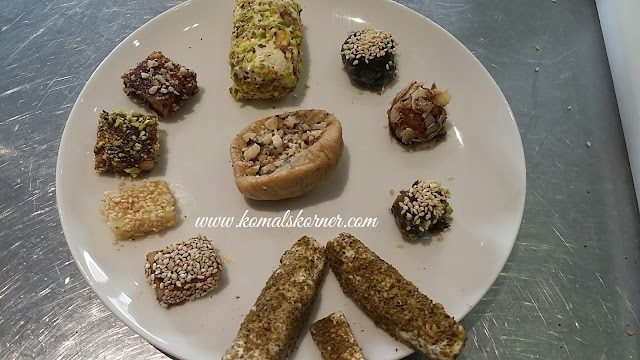 Instead of telling you about cheese I want to share a cheese glossary with you today, which you can book mark and come back to at any time, so that next time you find yourself in a room full of cheesemongers, you know what they are talking about. 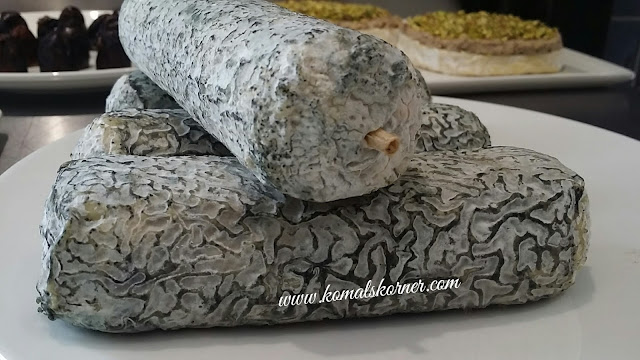 Cheese:   It was called « formage » in ancient Europe, derived from the Latin word “formaticum", meaning “making the form”. Cheese is a molded food obtained from the coagulation of milk, followed or not by fermentation.

Farmstead Cheese:  Cheese made using craftsmanship by collecting the milk on the same farm where the cattle is raised.

Artisan Cheese:  Cheese made in cooperatives or factories, unlike farmstead cheese. The milk can be collected from more than one cattle.

Terroir:  “land” or “region” in terms of agricultural production. Can also refer to the earthy flavor of cheese.

Rind: The external part (crust) of the cheese, formed during the ripening process.
Bloom/Flower:  White mold that forms on the surface of cheeses inoculated with mold culture. We say that they have a bloomy rind. 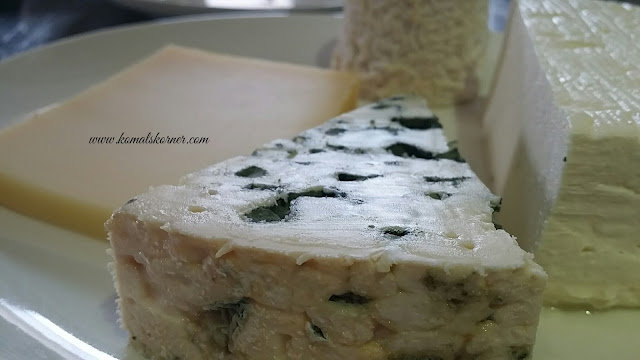 Thermized Milk:  Milk heated to a temperature between 63 and 68 ° C for at least 15 seconds.

Pasteurized milk:  Milk heated to a temperature of 72 ° C at least for 20 seconds. Pasteurization is a technique that aims to rid the milk of certain undesirable microorganisms.

Fat/Dry Matter Ratio:  The fat percentage is always calculated based on dry matter, but labeling may also indicate the minimum fat content per 100 g of the final product. The characteristics of the dry extract, the fat content and the origin of the milk must be indicated on the label. The minimum dry matter content is fixed at 23%.
Curdling:  The process of coagulating the milk casein with either rennet or lactic ferments or both. The Acidification of milk results in obtaining the curd (or the coagulum) and the "whey" (or lactoserum).

Rennet:  An enzyme contained in the abomasum (small stomach pouch) of young calves and goats which stimulates the coagulation of the solid particles in milk to allow for their digestion. Rennet is present in the form of liquid, powder or tablets. The juice of certain plants (thistles, figs) has the same attributes.

Draining: The curd contracts and separates from the whey, which helps extend its shelf life. The process can take place by itself or be accelerated in certain products by stirring, cutting the curds into blocks (de-curdling), and heating.

Air Drying:  This draining phase takes place in at relatively low temperature (10 to 15 °C) to eliminate the serum (the case of soft cheeses). The process of making fresh cheeses stops at this stage.

Molding: After the curdling stage, the so-called “curd” is obtained. Then, according to the desired cheese, it is cast into molds of different shapes and different materials (wood, metal . ..).

Salting:  Salting has three direct effects on cheese: an antiseptic effect, a preservation effect and taste enhancement. Various salting methods are used: dry salting by hand; soaking in brine (usually saturated; and salting the curd before molding for some cheese types such as Cantal. 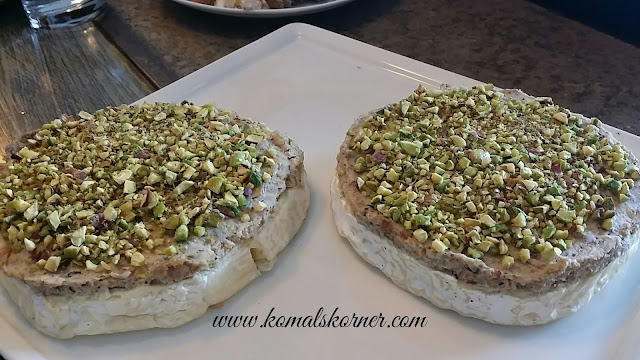 Ripening:  It is the maturing period required for a cheese to reach its optimal taste. It is applied to all cheeses, with the exception of the fresh cheese, and is done in particular conditions of temperature and humidity. Its duration varies from a few days to a few months depending on the type of cheese. During this process, the cheese undergoes constant care (turning, brushing, and piercing). Skills and patience are highly required for this final and complex phase of cheese making.

Cellar: Large room where humidity, temperature and ventilation are controlled.

Controls:  Present in the production and collection of milk and in all the cheese making process. They include a series of quality, maturity, and flavor evaluation conducted by professionals (laboratory, master cheese makers ...).

Packaging:  The packaging preserves the quality of the cheese. The label informs the consumer of the name of the cheese, address and name of the manufacturer, the fat content (calculated based on dry matter), the product shelf life and the necessary storage temperature.