The Noodle House has added a whopping 28 new items to their menu and I was one of the first few to taste it. A bunch of bloggers were invited down to the DIFC branch where we devoured the new menu and had a master class in the art of making the perfect dumplings. Not to brag, but I passed with flying colours. After wrapping, frying and tasting my own dumplings it was time to feast of the delicacies prepared by the chefs. 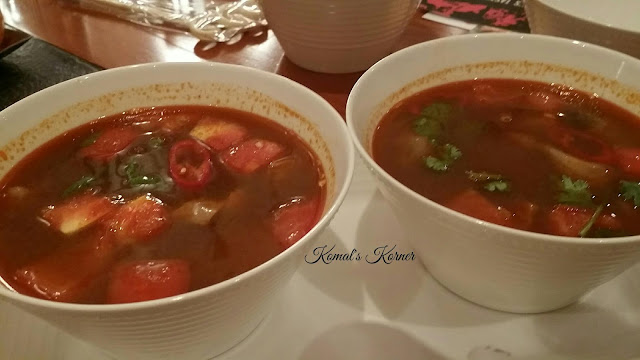 The wasabi prawns were tossed in a marinade of wasabi and served topped with nuts and cilantro, which gave it a creamy yet nutty flavour. The brisket noodles looked pretty, but it was a beef based dish, so obviously I did not taste it.

This was followed by the Indonesian nasi goreng which was a dish of noodles and tender duck tossed with fresh bell peppers, coriander and spring onions. 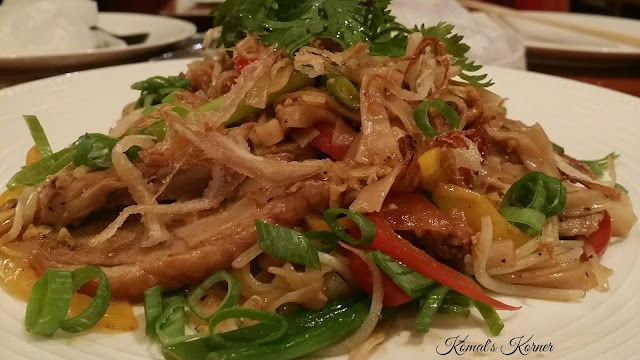 My favourite part of the evening was the Indonesian Nasi Goreng which was satay chicken, with rice, veggies and an egg on top. It was a complete meal, perfect for sharing as well. 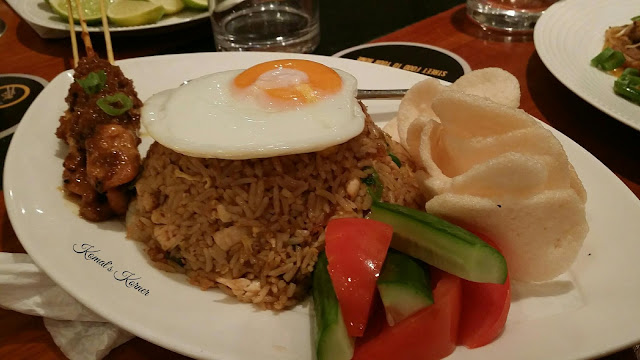 Last but not the least was the palate pleasing dessert, steamed brownie topped with ice cream and drizzled with chocolate sauce. It may sound like the average brownies, but it was dense (unlike other steamed dishes) and made with 70 per cent cocoa (by now you know much I love dark chocolate) 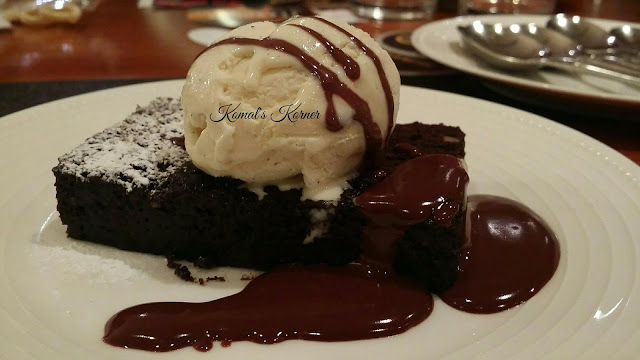 Over all it was a fun evening. The chefs were friendly and happily answered all my questions regarding the various food preps and ingredients of the dishes. I also found out that, dumplings are their all time customer favorites and are freshly wrapped and fried in the restaurant everyday right before serving.