The Journey In Between

- September 11, 2013
Sitting by the window watching the ochre sand dunes glide by, I wonder about everything these deserts have seen. The glorious past, crazy present and the unpredictable future - are all mere mortals in front of the great, grainy deserts. This is the journey I often make and every time I do, the great desert land never seizes to amaze me. I've been wanting to write this post for a while now, but the rain in Al Ain and Sandstorm in Dubai yesterday finally urged me to do it... this is the journey from Al Ain to Dubai on a cloudy rain drenched afternoon.

A picture says a 1000 words, so what better way to describe the route than pictures!

The rain managed to create a sight I've never seen in Al Ain before, water clogged roads and fallen plants & tree, made an appearance at every round about on the way out. 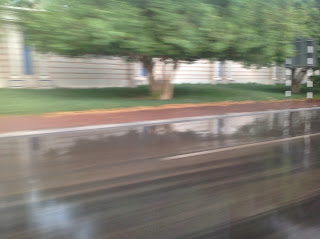 Just as the sun began to peak out, these boys felt a little adventurous doing wheelies and stoppies (a bike trick where the back and front wheels are respectively lifted in the air) in the middle of the road. Once they saw me taking pictures they dint shy away from giving me a good show. I have a video of them in action, the video as well as the link can be found at the end of this post. 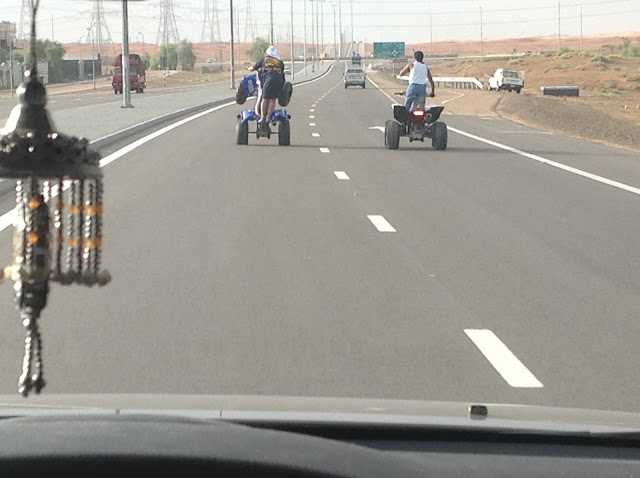 The weather gods were having a field day, the sun played hide and seek, and the rains taunted the sands while the wind played mischief with everyone!

Call it marshmallows or whipped cream - this vanilla sky is always a crowd pleaser . Here one sky, one cloud is seen spanning over one land divided by a fenced wall, on the other side The sultanate of Oman above. Below you can see the clouds getting in to give the sun a big hug, covering it from the mere humans. 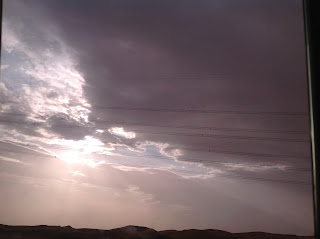 Making a quick pit shop to fuel up almost half way to Dubai on the right and reading the marks left in the sand by off-roaders only to washed away by the wind.

Here we go for round two, when the sun and sky start playing Hide and seek again - half way to Dubai at Al Fagga 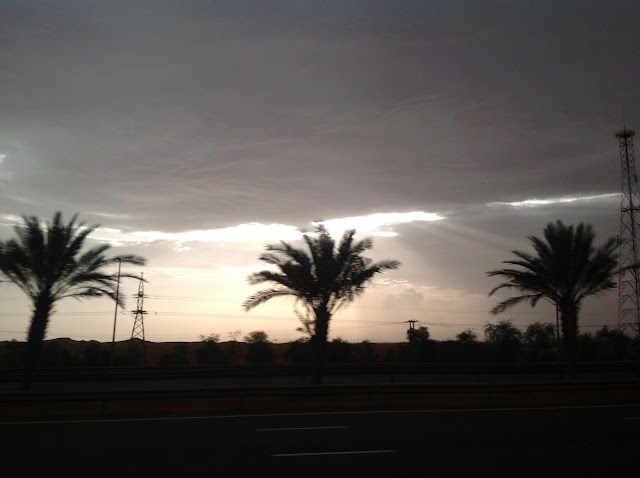 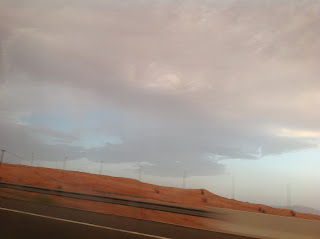 The confused weather, couldn't make up its mind whether to pour of let the sun sine, whether to calm down or let the fury of the winds take over. As the car took speed, the effects of the winds were felt. Sitting in an SUV doesn't stop from being pushed in the next lane with winds hitting you with rage. This also unfortunately results in shaky pictures. 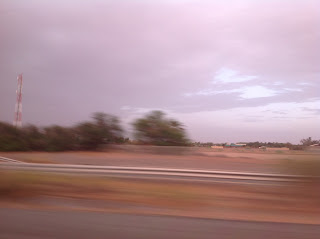 You know you have entered Dubai limits, when the board says Dubai, but for those busy taking in the view, signs of Sky Dubai and the building on the left screaming In Flight Dubai should so the trick. Below is the start of the small mountains that are used as dumping grounds from the looks of the sea of trucks headed there. 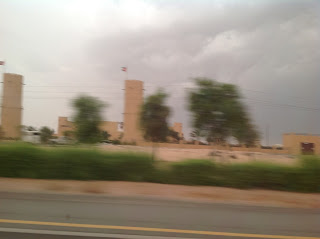 An official Government building, with UAE flags and a big poster of the Various rulers of the Country. This building lights up in the dark, catching the eye of every passer by.

The mosque featured below stands out from its predecessors on this route with two minaret that stand tall. 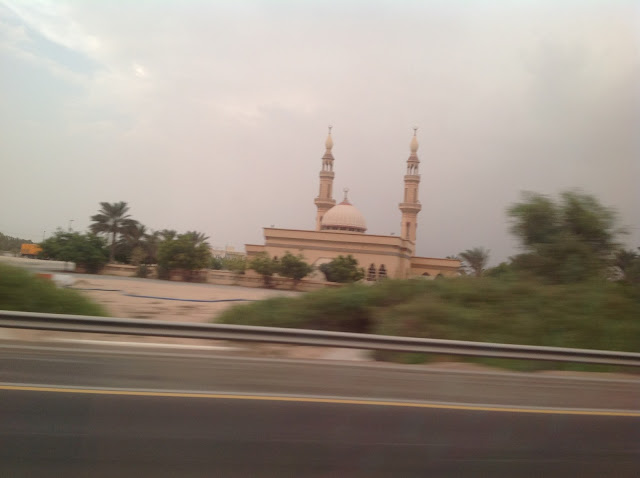 Finally as the highway ends and blends into the traffic filled roads of Oud Mehta, you can catch a glimpse of the infamous Dubai Skyline, where the sun once again sets on a dusky evening, giving out an array of colours as a goodbye. 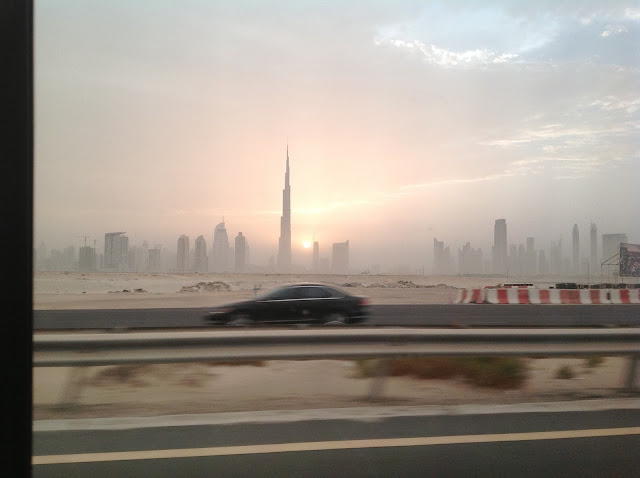 So the next time you make a journey between the two cities, hold your breadth you never know what all will you witness that day.

Moral of this story: Don't try to capture a perfect momemt, just take in the journey, moments are many, live them first, click them after.

* One of these days I will do a post on the journey back. Where you can get a sneak peak at the Universal Studios being built here and if you are lucky, camels running in a perfectly straight line.

If you want to have a look at the video of the guys doing wheeli click here : http://youtu.be/OlDSQF9QcHM or just watch it below.