- August 05, 2013
I recently went for a picnic to Al Badaa resort on the outskirts of Alain. Situated in an area called Nahil Town, this place has its own charms and drawbacks. 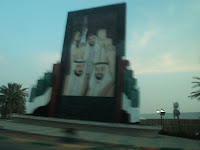 We set just before iftar time for a leisurely drive towards the resort. The streets as well as the resort was deserted when we arrived. The resort also had an open ground section for buggy and camel rides, but it was empty and abandoned while we were being giving a quick tour by our lead car. 15 mins later we greeted by the management as we parked and unloaded the car. 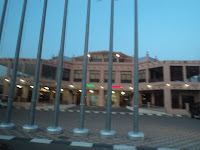 On the right is the main reception area on the hotel inside the resort. 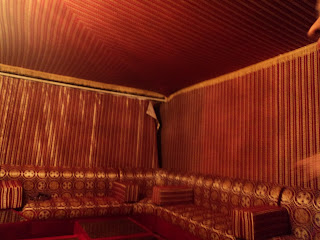 A group of 15 beautiful women is bound to get good treatment anywhere in the world as did we. On finding our pre-booked Medium sized Majlis (tent) a tad small, we were instantly given one of the bigger ones in the area. The inside of our big air conditioned tent, which had the occasional black bugs commonly found in desert area. These bugs are difficult to squash, which was proved after repeated stamping by many of us. The majlis was spacious with a large center table and a big tv, which you can easily hook up to your cell phone or laptop. Though many complained about the lighting being dim, I found it to be just perfect and relaxing. The big tents cost about Aed 100 per hour and the smaller ones 50, but with a little negotiations you can get a better deal. 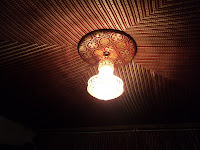 Sheesha, which is very common in UAE (I don't endorse it one bit) is not allowed in the closed tents at the resort. While outside food is allowed here. We packed in boxes of pizzas, cheese sticks, burgers, humus, filafils, khabus (pita bread), Fatush (Lebeneseh food), chips, juices and a home made strawberry cake (no I dint bake it this time), enough to feed 30 people! As some of them unpacked the food, some set up the pictionary board and I set out to take a few pictures for you guys (I never ignore my readers). 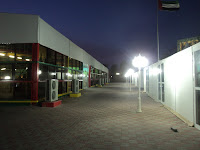 Here on the right you can see the bigger tents where we were, while on the left is the giant tent, with a buffet, and lounge/coffee shop like sitting arrangements and mini arcade for the kids. 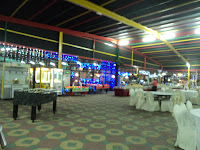 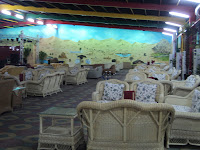 Inside the giant tent, the mini arcade on the left and the relaxed seating on the right.
Finally I headed inside the tent to eat and compete in a game of pictionary which needless to say my team won! A whole lot of food later and pictionary it was time to pack up, not before indulging in one last game of charades with the strawberry cake going around.

While leaving we were once again visited the management team, to insure we had a pleasant experience, a dozen group photos later we were all smiles and on our way.

Moral of this Story: Firstly picnics are just awesome, check the weather beforehand and dress accordingly make sure to carry sunscreen and mosquito repellent when needed. Secondly carry plenty of water and liquids and a bottle of sanitiser but keep a check on the food to avoid wastage. Thirdly just have fun!! :D